With MAKADAM, Hiesl and Kaiser have developed an artistic land utilization plan for part of the industrial wasteland of the former Klöckner-Humboldt-Deutz-Werk (KHD – a motor construction plant) that transforms the brownfield into an interdisciplinary space for performance art. Seven performers from the areas of dance, theater, performance and forestry convert the space around them – as if they had just happened upon this urban grid square – into a multi-dimensional, artistic site.

MAKADAM ("Macadam" in English) is a special type of road construction that was developed by the Scottish engineer John Loudon McAdam at the beginning of the 19th century, and which revolutionized roadmaking. "Macadam" has since become a specialized term for a road created with several layers of pressed stone and gravel, over which tar or a bitumen mixture is poured – otherwise known as "tar-bound macadam," or "tarmac."

The MAKADAM performance piece offers a glimpse under the urban carpet of modern city development. The mass of small and large construction sites experienced every day reflects urban life that is constantly in flux, with each trench or building site standing for an encroachment of the existing – between complexity and transcendency, functionality and aesthetics, socialization and anonymity.

In the performance piece, artifacts from public space are implanted in the spacious industrial wasteland – a space that is downright muddling due to its untilled emptiness. These are interventions in the landscape that stand on their own, without having a connection to their actual surroundings.
The actions of the performers stranded in this no man's land appear like bizarre projections from daily urban life. Depending on where they are standing and the angles they have, the visitors become spectators of their own personal panoramas of the space and events at the site. 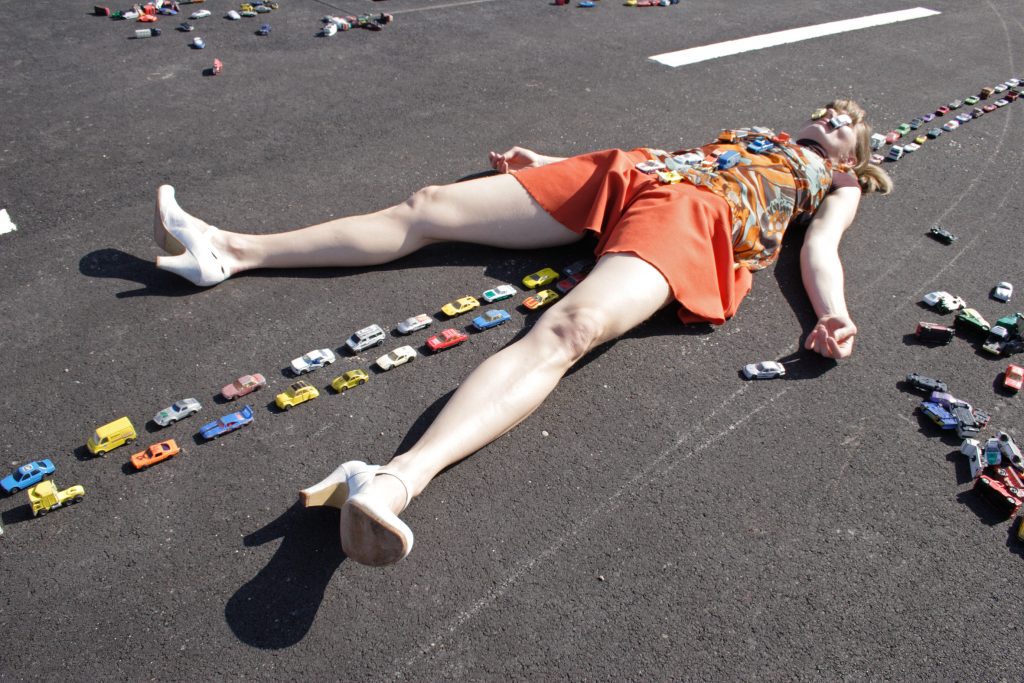 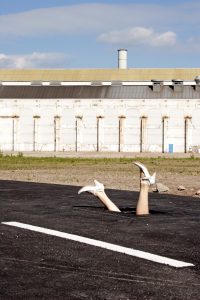 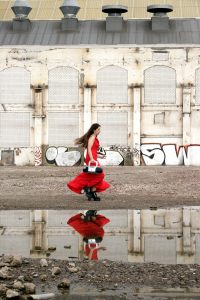 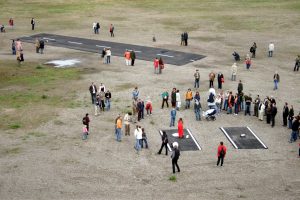 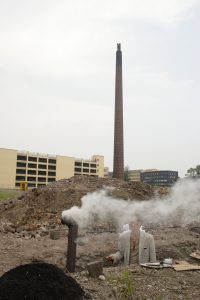 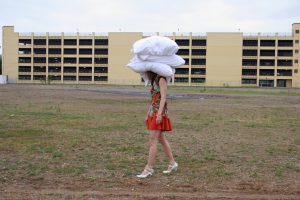 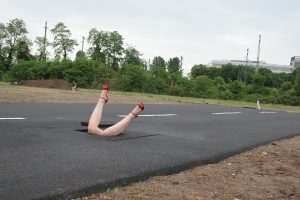 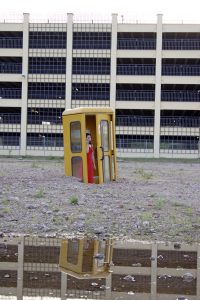